How we got started

Peacenik was officially incorporated on Earth Day, 1990.  I saw the green movement gain momentum then slowly die. Then and now, environmental awareness is critical.  My goal is to educate people environmentally as well as spiritually. Loving yourself is what the environment needs. You can be surrounded by health and happiness if you choose that for yourself. Just like my old “stoplight” shirt says… go love, yield to nothing, stop fear.

In 1989, my sister, Jennifer, friend Jaime, and I began Peacenik Designs. Although I didn’t take art classes, we decided I would be the designer.

After I moved back to Indiana, I completed the designs and found that Earth Day 1990 was being celebrated nationwide.  I asked my brother Dan for some seed money and printed my line for the festivities in Lincoln Park in Chicago. What a day! The place was packed and I was too busy to even say hi to my friends.

Without the internet being widely used, I grabbed my daughter and my brothers Dodge Caravan and off we went to sell shirts. With the help of friends and word of mouth, Peacenik shirts were in New York, CA, NC, IN, IL and OH.

During my travels, shirts would often get dirty.  I thought I would have to lower their prices in order to sell them unless….

I soon began tie-dyeing and sold shirts at Dead shows, Bluesfest in Chicago and Lollapalloza back in the mid 90’s.  I still have a couple shirts.  My husband wears one!

Why I use natural dyes

The thing I didn’t like about synthetic dyes is how nasty they are. They smell bad, stain everything they touch, and are not too good for the environment.

About 10 years ago, I ordered natural dyes from the same place I got my synthetics, Dharma Trading Co, and they moved with me from Chicago, to Gary In. and finally to Atlanta. My daughter pressed me to start dyeing again so I opened the packages and began.

I use all-natural, organic ingredients to dye my shirts.

I use water from my rainbarrel (it rains a lot here) to fill the dye stock. The pine cones are harvested from the front yard!

I use madder root and by changing the pH or heat, the color changes. I’ve tried kamala which is a nice golden yellow, paprika, soft brown. Today, I’m going to crush some cochineal to make some real reds and osage orange to make a more permanent yellow.  As of now, I use turmeric which starts out bright yellow but fades.

The indigo is ordered in powder form and has to go through quite a process to reduce.  Next time, I’m buying reduced…

What it takes to make naturally dyed apparel

Because new clothes contains chemicals, although I’m not sure if organic cotton does, I still wash all apparel in pH neutral detergent.

Cotton material is a cellulose fiber (made from a plant), so it needs to be mordanted in a tannin and alum. After the washing, with the material still damp, I put them in a large pot of 180-200 degree water with dissolved oak galls (tannin), and keep it at this temperature for 45 minutes. The heat is then turned off and left overnight.

All clothing goes into the washing machine and is rinsed.

After rinsing, with the material still damp, I put them in a large pot of 180-200 degree water with dissolved alum, and keep it at this temperature for 45 minutes. The heat is then turned off and left overnight.

After the second rinse, the clothing is now ready to tie and dye!

After a lot of research, I use this site as my go-to for most of my dye baths.

I’ve used turmeric, it’s quite easy to dye with herbs, but they’re not as colorfast. The beautiful bright yellow will slowly fade to a sunshine yellow. Add a mordanted shirt to a turmeric dye bath and the color will disappear. Since indigo doesn’t need a mordant either, I often used these two colors together. Indigo won’t fade, so overdyeing with indigo after dyeing with turmeric is what I’ve decided works best for my look.

Experimenting is an important process to learning about natural dyes. When I tie a shirt and set it in a dyebath, if I like what I see after I remove the string and hang it to dry, it’s done. If I don’t, I wet it again, tie it back up, and dip it again and again until it looks cool.

It takes a lot of time and experience to dye t-shirts naturally, but the benefits are definitely worth the cost in time and effort. 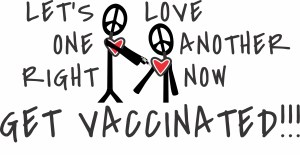